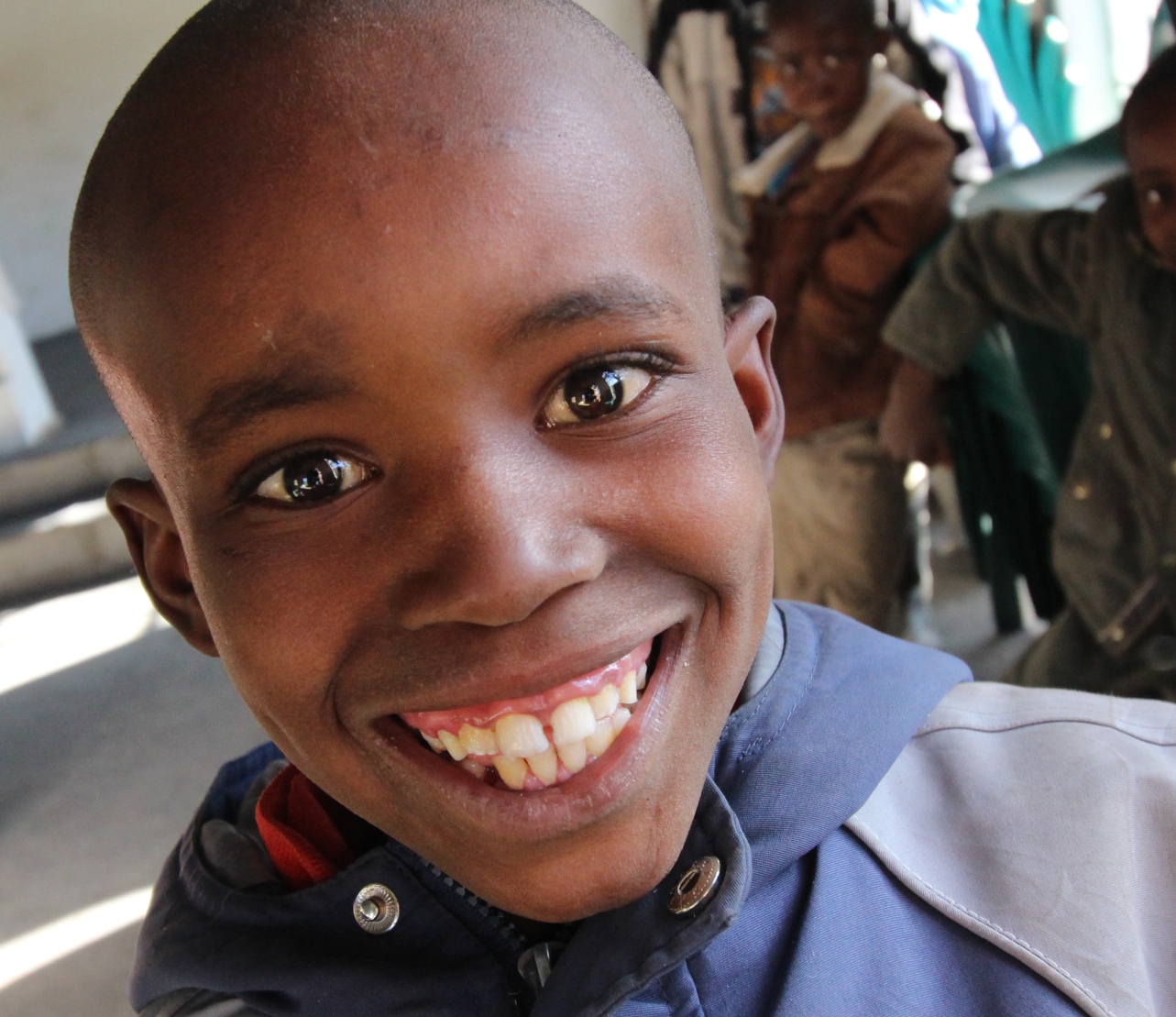 This little man’s name is Eketsang (Eh-Ket-Song). He is one of the younger boys at Khohlo-Ntso Care Center. Today’s story is all about him and it’s best told in two parts.

Part One (what we thought happened):
The other day Rachel, Allison, and I spent the afternoon at the Care Center. When we arrived, we saw Eketsang balled up in a corner crying.

Now it isn’t common for children to cry much here in Lesotho, and believe me when I say he was bawling!

Something was very wrong.

None of the Care Center workers had arrived yet, so we were left to figure out why he was crying all on our own.

Now standing near him were two of the older boys, Teboho and Seko. They looked like they were up to no good, and upon closer inspection we discovered Seko was holding a small bird in his hand.

We asked them what had happened and they didn’t give us a good answer. They didn’t tell us why Eketsang was crying, but they did motion up and down with the bird, as if to communicate that they were hitting the bird on the ground.

Obviously these two older boys had caught this poor bird, obviously they were hitting the bird and causing it pain, and obviously Eketsang, with his poor, sweet, innocent heart, was just completely broken up over this senseless act of violence.

Without a translator and very little actual proof we had cracked the case.

We asked Seko to apologize to little Eketsang and let the bird go. It flew away like its life depended on it.

But for some reason Eketsang didn’t stop crying…

Part Two (what actually happened):
When MeManeo arrived at the Center a few minutes later, Eketsang was still crying.

She questioned Seko and Teboho, and much to our surprise we learned a very different story.

You see, a few minutes before we arrived Eketsang had caught the bird and was hitting it on the ground.

He was hitting the bird on the ground so he could kill it and eat it!

This can’t be true.

And the two older boys had taken the bird from him, told him not to eat birds, and were getting ready to let it go at about the same time we arrived.

Not only had we completely misread the situation, but we had made the hero of the story apologize for something he didn’t do. You should have seen us acting like a flying bird in an attempt to console Eketsang. We were telling him the bird was fine, it’s free and flying away now. No need to be sad.

If only we had known that we were rubbing in his face the fact that his snack had gotten away.

Some days you feel like things have really gone your way, and other days one of your kids is trying to eat a bird and you mistakenly accuse that bird’s rescuer of attempted bird-murder.

In all seriousness, while talking with MeManeo more and more about this, Rachel and I have learned a bit more about these kids and the difficulties they face.

Before the Care Center was opened, many of these kids were so hungry that they would catch and eat birds, bugs, and frogs.

This blew me away.

Over the past few years the kids have grown so much. They all receive a meal and vitamin each day at the Center, and the consistent nourishment has helped them grow so much.

This is a huge praise! Because they have full bellies at the end of each day, they are becoming better and better socially, emotionally, and educationally.

In fact, all of the kids at Khohlo-Ntso have passed their classes in school and will be moving on to the next grade in January!

We love them all so much, and are so encouraged by their progress and development!

Please pray that the kids will continue to progress in school and at the Center. Pray that they will value their time at the Center and use it to deepen friendships, seek answers to the questions they have about Jesus, and continue to learn the material they need to excel in school.

2 thoughts on “A Light Snack”