Here is an update on Ntene’s journey to get into school. Click here to read a previous post all about his first trip to visit the deaf school in Leribe and to have his hearing checked by an audiologist in Maseru.

Over the past two months, Tyler and I have been checking in with Ntene’s Mme (his caretaker) often. We have asked about how the paperwork has been progressing, how she has been feeling about him moving, and how she thinks Ntene will do in school. Overall, we had received great feedback from her. She was still excited for this opportunity for him and claimed that he was also looking forward to it.

The most important document Ntene needed to have before he could be admitted to the deaf school was his birth certificate. As we were meeting with his Mme during the first week of January, we began to grow worried that obtaining this document may not happen in time. Ntene’s caretaker said the birth certificate was in Leribe (the lowlands, the same town where his school is located) with his biological mother, but she wasn’t answering her phone.

Finally we got an update with good news, his mother begun to communicate with his caretaker and she was willing to send his birth certificate to Katse (about a three hour bus ride). She was supposed to send it on the bus with someone who would then bring it to us.

For a while we celebrated, but as the days before the term was to begin wore on, we began to worry that something would was wrong. Finally, we met back up with MmeMookho (from Khokhoba Care Center) and asked her to get in touch with Ntene’s caretaker just to confirm the plan was still in motion.

We asked his caretaker to continue reaching out to his mother, hopefully it wouldn’t come to that.

On Tuesday, less than one week before we would have to take Ntene to school, word was she still hadn’t responded to Ntene’s caretaker or sent the birth certificate with anyone on a bus. By Thursday, we had met back up with MmeMookho and the women from the Care Center to figure out what to do. It seemed like heading down to the police station may be necessary after all. We tried calling his mother from different phones so it would display different numbers, we even texted her in Sesotho, “We need the birth certificate of Ntene.”

This is when the women shared with us that his mother is now married and has more children; her husband doesn’t know about Ntene. They suspected she may not be answering the phone while her husband was near for fear of him finding out about Ntene.

Next they told us about a woman in a nearby village who knows his biological mother and where she stays in Leribe. We wasted no time in calling her. We had her meet us on the road near her village. She jumped into our car and we had a little meeting sitting there on the side of the mountain. She knew where Ntene’s mother lived, and was more than willing to go down the mountain the next day to find her. This would save us a trip to the police station.

We called Ntene’a caretaker and she was excited to travel with this woman and finally get the birth certificate in her hands. We gave them some money for the taxi and thanked them both about a thousand times.

The next day when we got to Care Center I called his caretaker right away. Before we could even greet her, she said in Sesotho, “We aren’t there yet, we will let you know when we have it.” Okay, keep praying, I thought. We aren’t in the clear yet. The mother may not be home, she may not want to help, so many things were running through my head.

Later that day, we were loading up the car with Lebenya (one of the High School boys) and all of his things. We were getting ready to drop him off at high school when my phone started to ring. I ran to MmeMookho so she could answer the phone. She shouted, “They got it!”

What a sigh of relief!

The caretaker finally had possession of Ntene’s birth certificate (which they had been trying to get for over a year). Such a blessing!

School started the following Monday, nothing like waiting until the last minute.

Monday Morning:
At 5:00am we loaded up our car with everything we would need in Johannesburg for a few days (we were heading down to buy more supplies). We stopped at Ntene’s house and picked him and his Mme up. We also stopped to get MmeMookho who also wanted to go and see Ntene off to school. Ntene was grinning that big smile we have come to love so much when he saw us pull up in our car. I am certain he knew something was going on when his Mme started to pack up his things and they were waiting by the road. They jumped in the car and we began the three hour drive to Leribe.

When we arrived in Leribe, we went to the school and sat down with the secretary. Here, his Mme and MmeMookho told her all about Ntene’s background and asked some more questions about what his time at the school would be like. The school grounds are so nicely kept, and the workers, teachers, and other students were so happy and positive. It really helped for all of us to see the encouraging atmosphere Ntene would soon be able to call home. Lastly, they turned in his birth certificate, and the registration process was complete.

I sat back and praised God for His provision to get Ntene into school!

We unloaded his belongings and took them to his dormitory. When he saw us unloading his things, I think Ntene finally figured out what was going on. This began to make me sad because he seemed very nervous. As he was strolling his new suitcase to his dorm, a boy came up and helped him pull it. He kept tapping Ntene’s arm and making signs with his hands and Ntene kept looking at him and then looking straight ahead. It was so sweet to see this little guy befriending our friend. I am confident that very soon Ntene will reciprocate the kindness to this little guy. 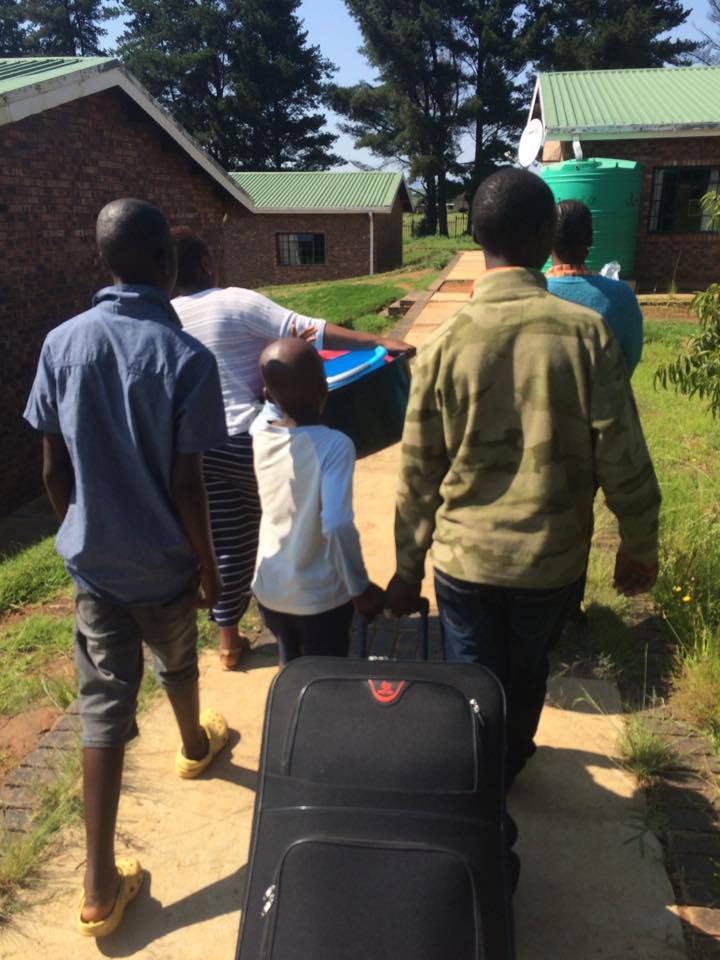 We asked the dorm moms to take good care of Ntene and they assured us they would. When it was time to go, we got pictures and hugged him goodbye. His caretaker had to step outside early because of all the emotions. This was really hard to watch. Ntene was still smiling and seemed okay with us leaving. Just outside the door there were other children playing silently with squirt bottles and signing to one another. This is going to be a great place for him. We pray that he will thrive and learn to sign and write so that we can hold conversations with him soon. 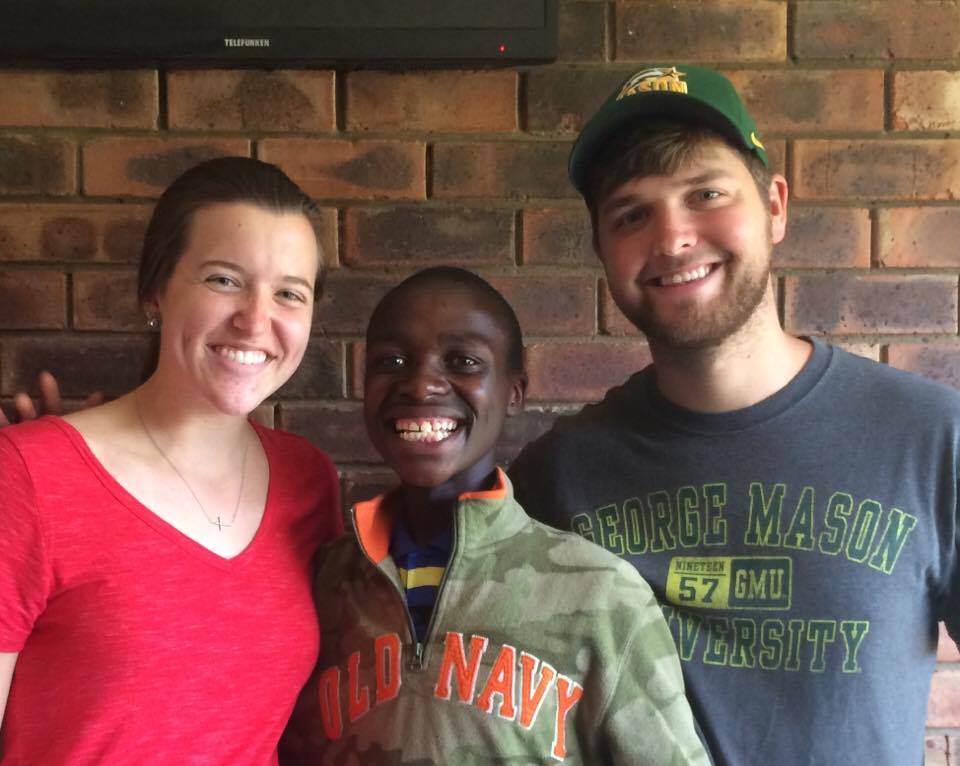 When we got the car, we were all wiping away tears. His caretaker is an amazing woman. She has done so much for Ntene; taking him in when he had nowhere to stay and no one to love him, teaching him everything he knows and allowing him to move away and go to school.

We simply cannot thank her enough for all she has done for him. We are also grateful to the women and other children at Khokhoba Care Center who love on him everyday and include him in everything they do. Ntene is loved by so many.

And now that infectious, beautiful smile will be seen by even more lucky people at his new school.