Spring break was a crazy week!

We, along with Brett, Allison, Ashton and Beth (our interns), hosted a team of almost 50 people from Starkville, Mississippi. The Kappa Sigma fraternity from Mississippi State University brought over about 35 guys to work on construction projects at each Care Center. Along with the fraternity, Pinelake (a Church in Starkville) brought a team of 10 college girls to help with job creation, orphan care, and evangelism.

The team arrived late Sunday night. Because there were so many people, we rented out Katse Lodge for all the team’s rooms and meals. It was a huge blessing to have all the meals catered for the team and not to have to cook for 50 people on our own! We had a few minutes of orientation and gave a quick rundown of what the week was going to look like before turning in for the night.

My group planned to do a home visit first thing Monday morning. We met up with Memaneo and Memabataung (from Khohlo-Ntso) and made our way to the Valley. Some of the group went to visit Thabiso’s grandmother, and the rest of the group went to a neighbor’s house. I went with the group to visit Thabiso’s grandmother. Mady shared “The 2 Kingdoms” and did a fantastic job explaining the Gospel. Sitting on the dirt floor and hearing the Gospel being proclaimed to an elderly woman who cares for one of our youngest boys gave me chills. Then, each of us shared scripture verses with her and she expressed great gratitude to us all for coming to visit. The other half of the group had shared with a couple of Basotho nearby and one man accepted Christ! 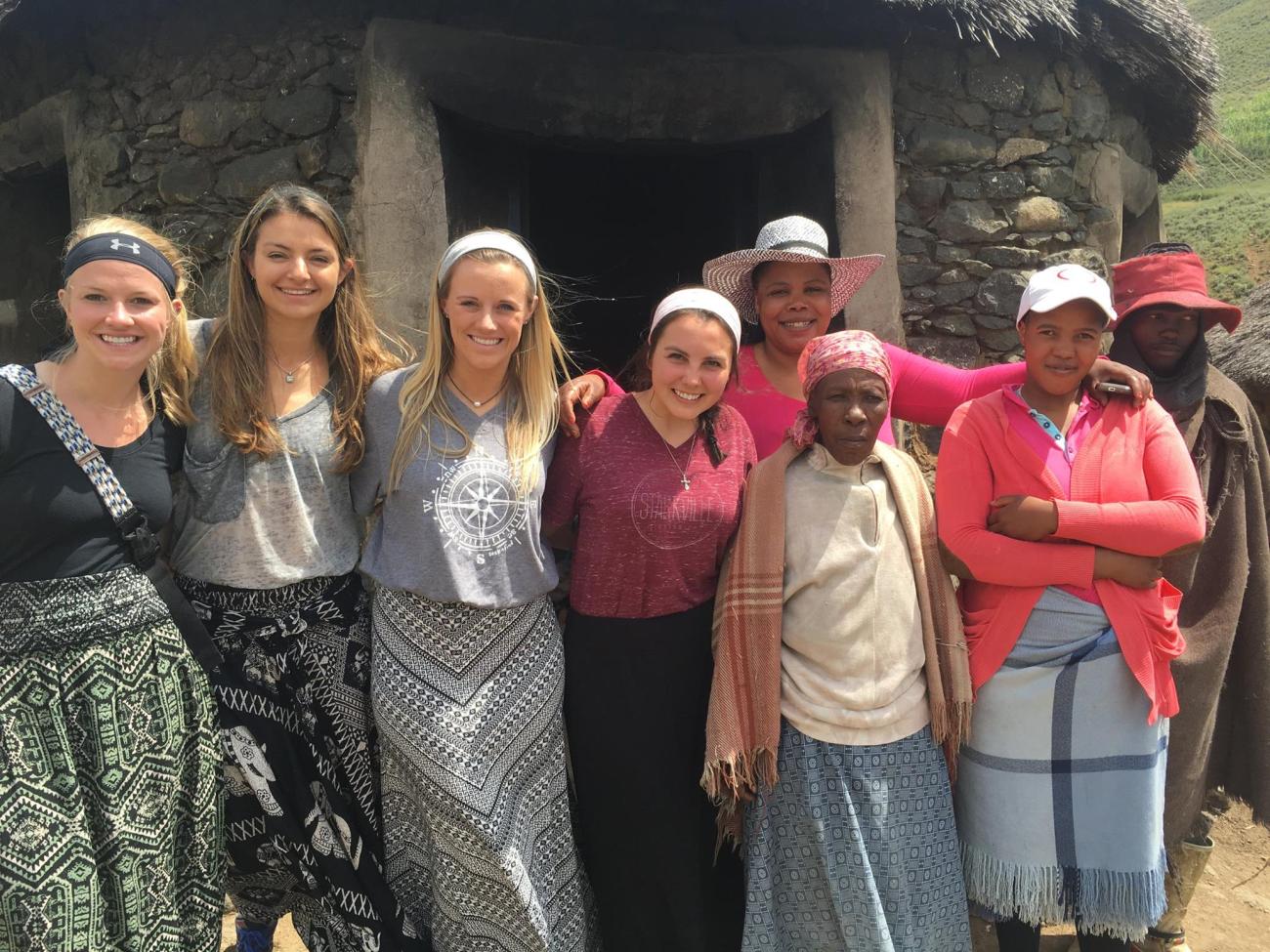 All the while, Tyler and his group of guys began laying the first concrete blocks on the newly solidified foundation. At Khohlo-Ntso, the Care Center (which had been meeting in the Church) began construction on its own building. In it they will prepare meals for the kids, store all their materials, and have plenty of space to play and learn.

Every afternoon, the Pinelake girls got to go to the Care Centers and grow relationships with the children and women. My group was assigned to Khohlo-Ntso Care Center (Center that is 20 minutes away led by Memaneo) for the week. Monday the kids were pretty shy, but as the week progressed they warmed up to their new friends. The team especially loved one of our newest little guys at the Center, Auchile, the brother of Limonta. Each day the group prepared a Bible Story and craft for the kids, and a couple of the girls got to help out with the centers (English, Math, and Bible) as well. 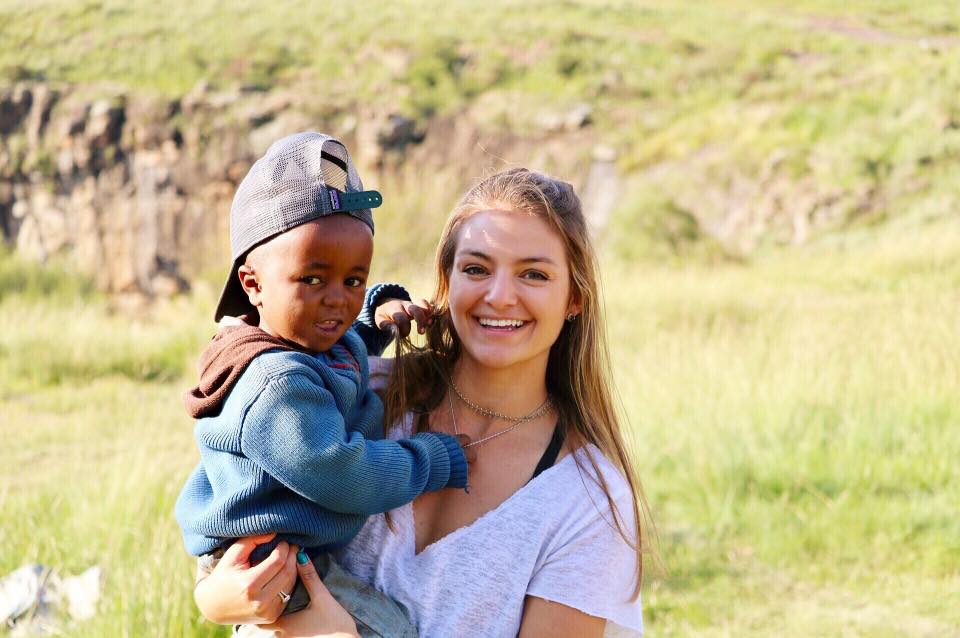 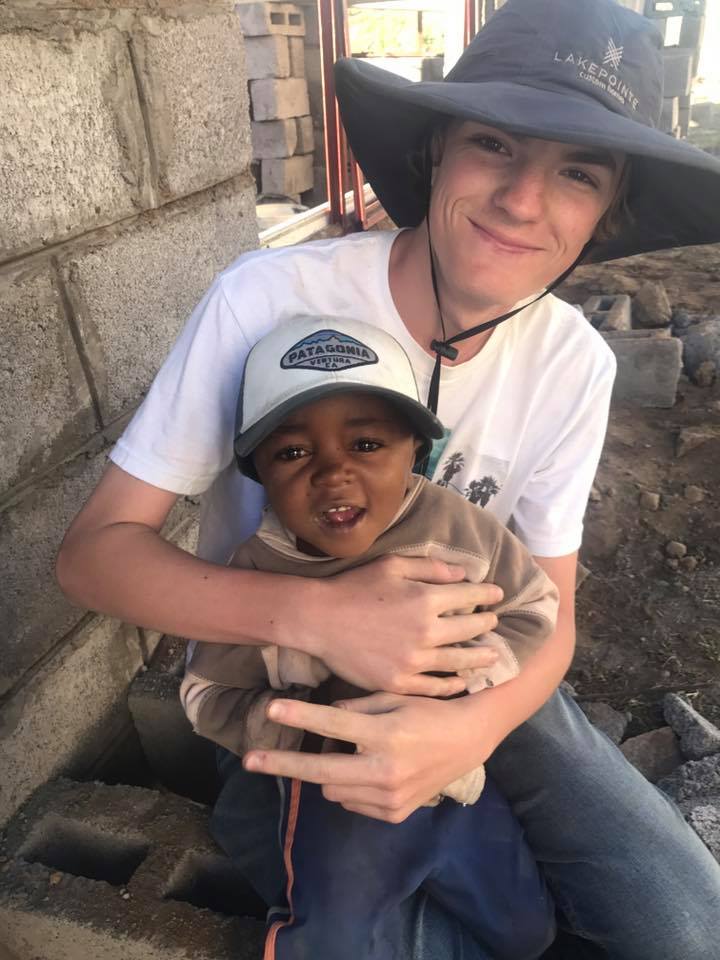 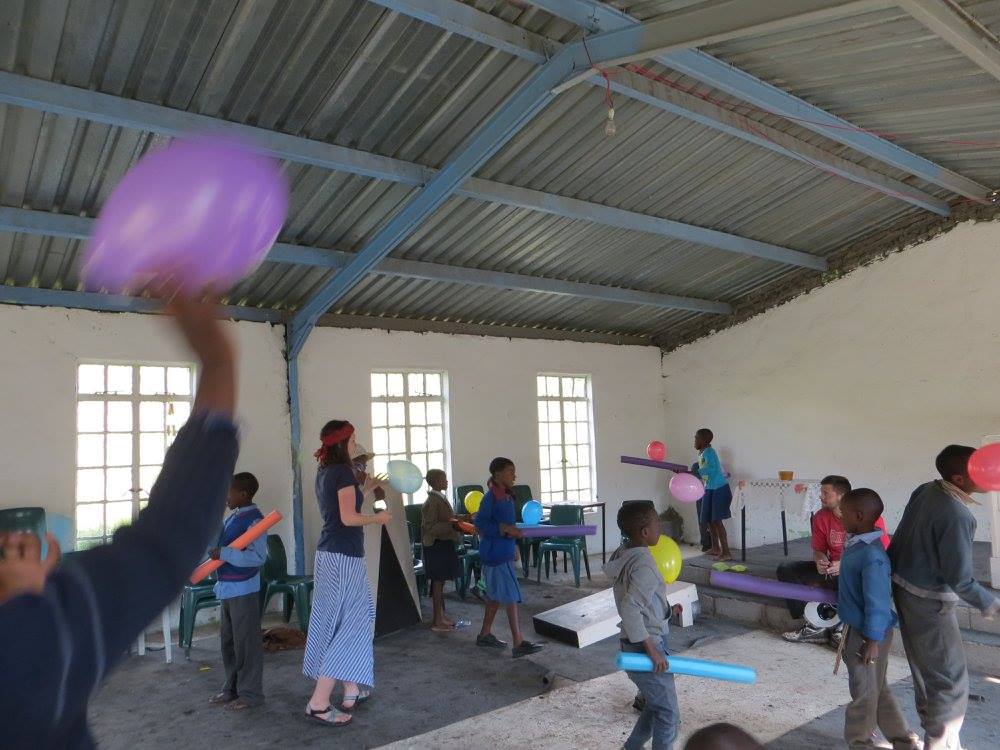 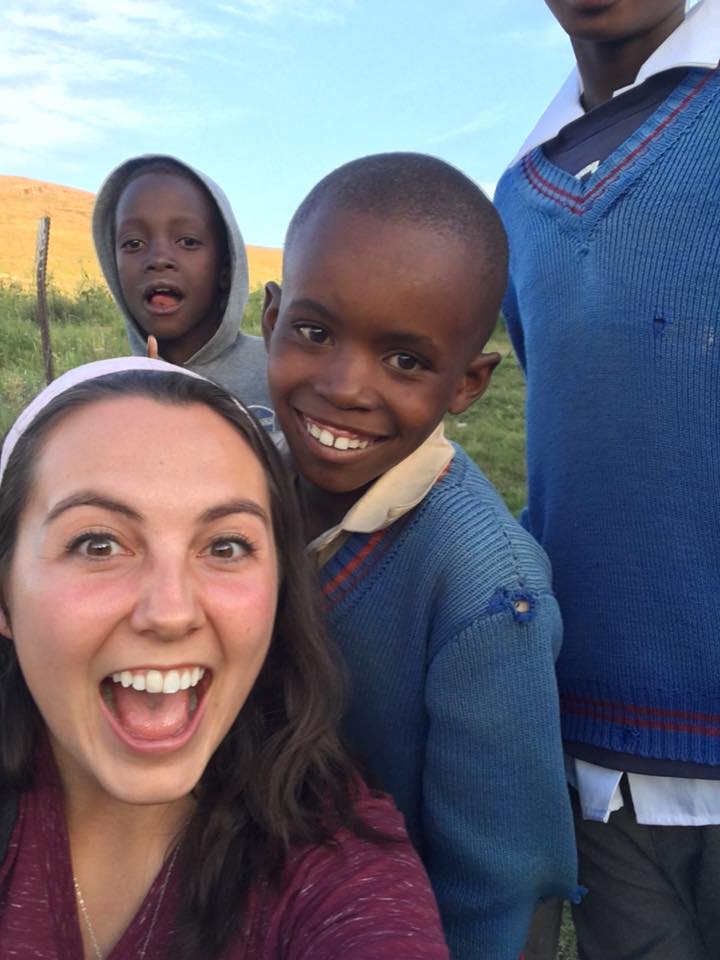 On Tuesday morning we went to the Church and had a Bible Study with the women who were making elephant crafts. We spent a few hours with them helping to fill their elephants with stuffing, and while we were there a huge rainstorm (turned hail storm) came through. When it was time for lunch, we slid our way from the church to the van, and then the van slid its way from the grass to the road. After it rains in these mountains you have to walk like your on ice to avoid slipping in the mud. It’s so slippery and the mud gets plastered to your shoes and tires, giving you zero traction. It created quite the adventure for these girls!

It was also cool to be at Khohlo-Ntso with Tyler’s construction crew each day. Even though we weren’t helping, it was awesome to see the progress being made and to watch the kids as they arrived each afternoon to see the building’s walls growing a little bit taller.

On Wednesday, the two girl’s groups combined and we went to a village about 45 minutes away. The Flora’s were hosting a medical team and we had a boy from the Care Center who needed some dental work done badly. The Pinelake girls had a great time playing, singing, and loving on the children of Ha Saui. A few of the girls who had interest in going into the medical field shadowed the doctor, nurses, and pharmacy workers that day. It was amazing for them to see firsthand how medical workers can volunteer their skills on the mission field. We will post another blog post soon about our experience with the dentist! 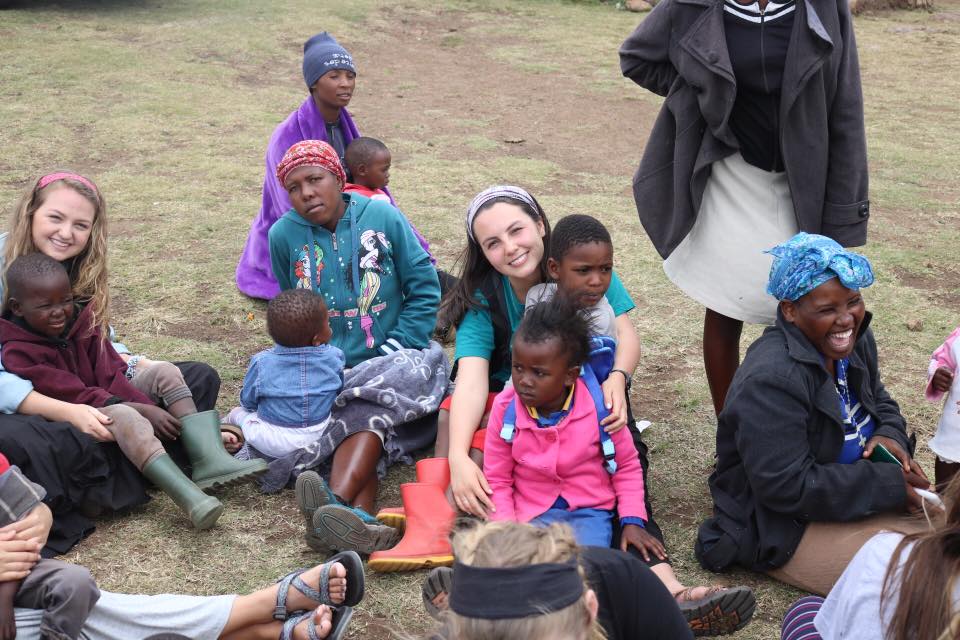 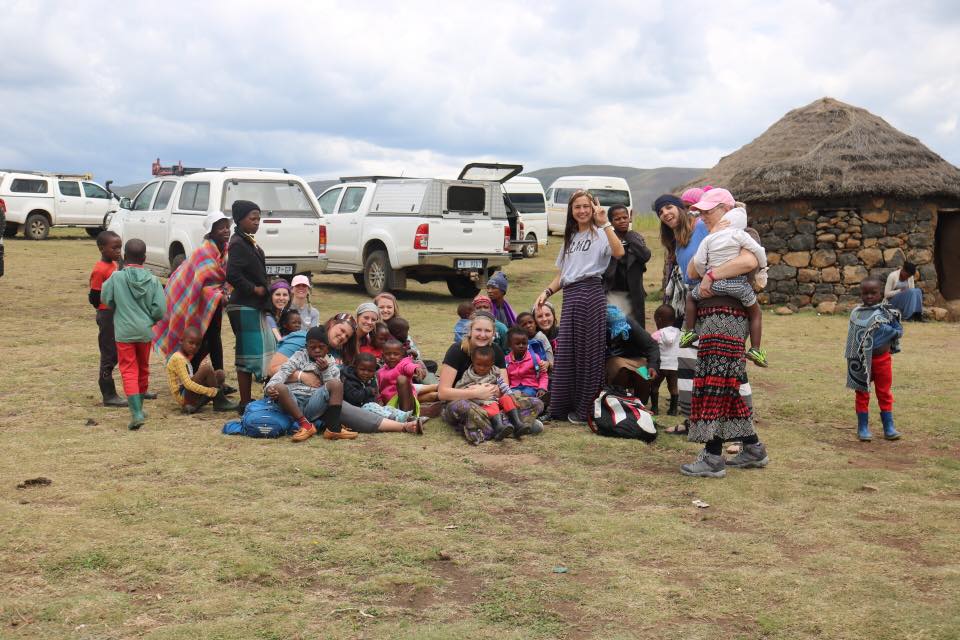 On the construction site, the walls were getting higher and by the end of the day the windows were set in place and had been blocked all around. The guys were working so hard to make sure we got as much done as possible in the week. Our goal was to go from foundation (which had been completed just days before the team arrived) to completed roof. So far they were on track to accomplish the goal!

At the other site, Khokhoba, they weren’t starting a new building but rather expanding the building that had been completed a few years before. This building was too small for all the Care Center’s activities and needed a bit more room. By the end of the day Wednesday, they had completed all the framing that would be required for the massive roof that would go up on Thursday and Friday. The guys were working so hard at both Centers and seeing all the plans come together was so encouraging. 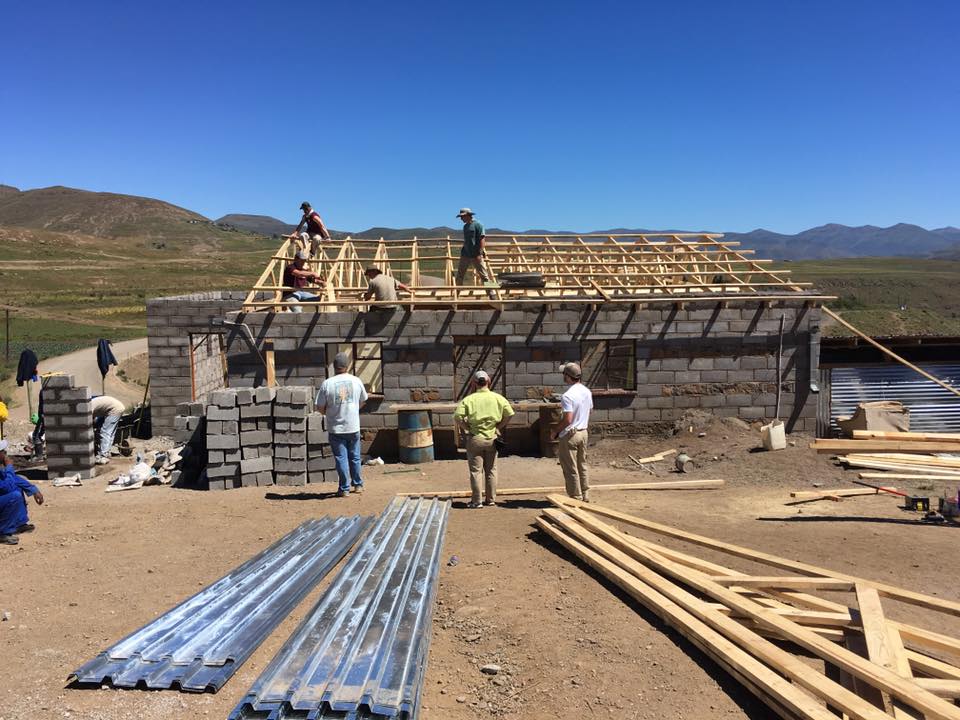 Thursday was a slower day for us all around. We combined forces again and joined Allison’s group of Pinelake girls as they worked with the women making bracelets for the Love Poppy jewelry line. The girls also made personalized cards to go alongside each of the kid’s Weekend Food Packs. That afternoon, we skipped English, Math, and Bible center and spent the day at the river near the church!

Progress was slow at the building sites as well. The guys were hoping to start on the roofing at Khohlo-Ntso, but as the sun was starting to set they had just reached the block level they were aiming for. The roof at this location was going to be much simpler than the other side, so the boards should have just laid across the concrete blocks (at a good slope) and been wired into the walls. However, when the first board was laid across, it didn’t reach from one side to the other. It was clear that the wrong size board had been bought.

No problem, just an early morning drive to the closest tuck shop (about 15 min away) in the morning would get us back on track.

Friday morning we went out to visit the same people we met on Monday. The girls prepared devotions for the new believers and we went back to share “The 2 Kingdoms” with one of the women who had asked about the gospel when we were there last. The people were so happy to see the girls again and were very encouraged. Between the two days we went out to this location, four Basotho came to know the Lord! Praise God! We have plans to go back and begin discipleship lessons with these new believers soon.

After we finished visiting homes in the Valley, we went to the Primary School where the kids had a day of “races”, similar to a field day in the States. We watched the races and found some of our Care Center children in the crowd. We laughed because we were the only white people in the crowd and felt like we were a distraction from the races. Everyone was staring at us.

That evening before dinner, all 50 of us gathered at the river where 9 students chose to be baptized! What a wonderful time! Over the course of the week 5 guys and 4 girls felt called to profess faith in Jesus! Tyler and Brett were able to baptize the guys. It was a really awesome experience!

After dinner, there was still a bit of work to do at the construction sites. The guys loaded back into the vans and took off with some lights to work under. Each site worked until the roofing was complete, despite the fact that they all had to be up before dawn to drive back to South Africa and fly home the next day.

Tyler and I are so thankful for this team sacrificing their spring break to come and serve the Basotho. They accomplished so much over this week, and we can’t wait to see them next year!